Parrotfish is the bony fish ( Family: Scaridae ), Maximum sizes reaching to 30 – 50 cm. General characteristics similar to Labridae family, their teeth is sharp and hook-shaped similar to parrot mouth the origin of their named. The parrotfish beak can contract and expand, big fish scale, intermittent lateral line. They normally live together when looking for food. The way they swim look elegant like the birds are flying in the air. Parrotfish is colorful, male colorful more than female, female is oval long body. Mostly of their concave caudal fin, the upper and bottom edge caudal fin is sticking out. They mouth similar to parrot mouth for food scrape and also have another set in throat, while they biting will sound.  They defecate is sediment that beneficial for coral reef. They can change their sex, diurnal animal, sleep at night, they sleep in the rock nook area and release the mucus to wrap the body for protect themselves from various sea animals such as helminth, parasite 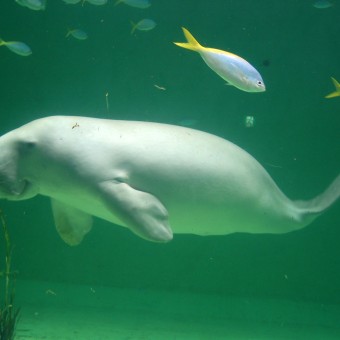 Surgeonfish, the balancer in the coral reef