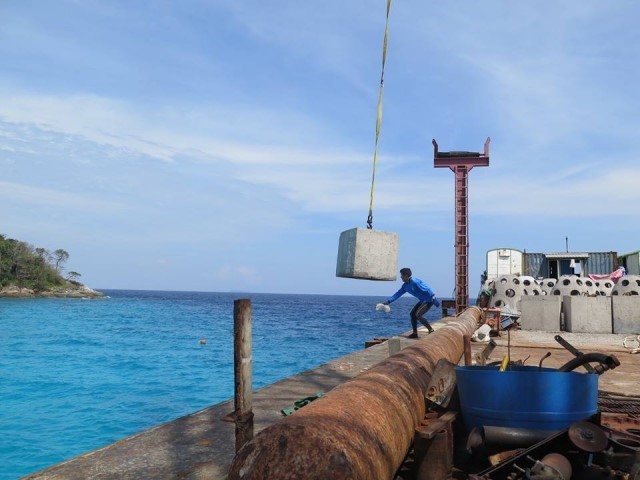 The placement of artificial coral in Thailand took place due to the reduction of fishery resources as a result of the development of fishing gear and fishing technique. In particular, the introduction of trawl gear in 1960 resulted the excessive catch of demersal fish that exceeded the potential natural production.

Although the creation and placement of artificial coral benefit to restoration of the marine ecosystem in Thai Water that meet the need of local people in the coastal area, the lacking of integration among relevant agencies and stakeholder in the concern area, and the commencement without academic principles and following-up assessment may lead impacts in other areas such as navigation, water transportation, fishing and the military. The Cabinet has therefore assigned the Department of Marine and Coastal Resources to carry on artificial corals at 2 levels:
1. Policy and Planning Level: According to the Cabinet resolution on November 23, 2009, “shall integrate in the planning of marine and coastal resource rehabilitation by creating artificial coral as well as shall monitor and supervise the operation to efficiently comply with the plan”.
2. Practice Level: the placement of the artificial coral reefs shall aim to protection, conservation and restoration of natural coral reef ecosystems, to be a substrate for true coral, to be an alternative diving sites to resolve the impact of diving tourism on true coral reefs and to prevent and mitigate the impacts from fishing activities on ecosystems and important marine resources, and shall be followed-up and evaluated as well as shall establish a national artificial coral database. 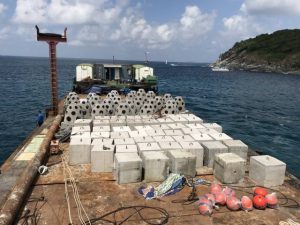 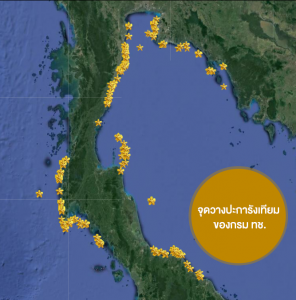