squid is not fish Squids are marine invertebrates that their body is elongated sac-shaped. The special characteristics of them are 4-5 pairs of legs or tentacles that protrude from the head around the mouth. They use this tentacles for capturing prey and feeding it into the mouth. Inside their body contains gastrointestinal tract, excretory and reproductive ducts. At the end of the gastrointestinal tract, there is a black cyst called an ink sac which is promptly to sprayed out through the water pipe when they are disturbed by their enemies; the black ink disguise themselves to escaping. As such, their thai name “Pla-Muk” (ปลาหมึก) means Ink Fish. 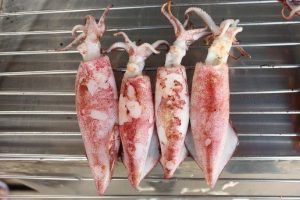 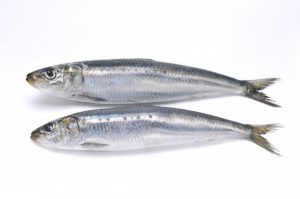 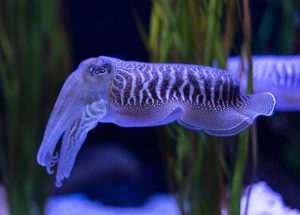 Despite they are called ink fish,  the fact that they are not exactly fish but they are the animals in the same phylum with octopus. Therefore, the correct call of this animal in Thai suppose to be the composing terms of “Muk” and its identity such as “Muk-Kluay” as loligo squid “Muk-Hom” as squid “Muk-Kradong” as cuttlefish and “Muk-Yak” as an octopus. This way of calling is to recognize that squid is not truely fish. Fish are vertebrates in the phylum Chordata. They are cold-blooded animals that breathe with gills. Distinguish from fish, squid is an invertebrate in phylum Mollusca, so it’s is more closely to Mollusks instead of fish.

However, in case someone calls squid as ink fish, it is not completely wrong. According to the the term “squid” described in the Royal Institute Dictionary of Thailand, 1999, “(ปลาหมึก) Ink Fish (noun)​ is the name of marine invertebrate that its legs are called tentacle attached to its head. They have sacs containing black ink for spraying to camouflage. These animals are identified into several generas. For example, Sepia squid are in the genus of Sepia and in the family of Sepiidae; loligo squid and  Sepioteuthis lessoniana are in the family of Loliginidae and;  octopus are in the genus of Octopus and in the family of Octopodidae. In Thai, they all so called (ปลาหมึก) ink Fish.